There is a treasure trove of valuable information in both the mapped and unmapped reads of the genome.

At RCIGM, this work is led by Matthew Bainbridge, PhD, Assistant Director of Translational Research. His team develops novel analysis techniques to squeeze every last bit of information from WGS and to attempt to identify uncommon disease mechanisms (such as ALU insertions and deep intronic mutations) in the pediatric patient population.

Bioinformatic analysis of Whole Genome Sequencing (WGS) data is used to gain a better understanding of the mechanisms by which pathogenic genomic variants contribute to the development of rare diseases. 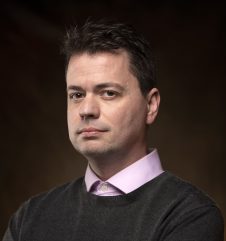 METHODS: We performed a retrospective multinational cohort study of previously unpublished patients followed in 15 centres from 10 countries. Patients with confirmed biallelic pathogenic BCS1L variants were considered eligible. Clinical, laboratory, neuroimaging and genetic data were analysed. Patients were stratified into different groups based on the age of disease onset, whether homozygous or compound heterozygous for the c.232A>G (p.Ser78Gly) variant, and those with other pathogenic BCS1L variants.

INTERPRETATION: The phenotypic spectrum of BCS1L-related disease comprises a continuum of clinical features rather than a set of separate syndromic clinical identities. Age of onset defines BCS1L-related disease clinically and early presentation is associated with poor prognosis. Genotype correlates with phenotype in the presence of the c.232A>G (p.Ser78Gly) variant.