Infant mortality is one of the leading indicators of a nation’s health. We seek to better understand which infant deaths are linked to genetic diseases. That information can then be used to focus resources to improve diagnosis and treatment for those conditions.

Researchers plan to decode genomes associated with 1,000 infant deaths from dried blood spots. By combining data about the genetic makeup of these infants with data about their environment, birth, and demographic risk factors they will examine the roles these different factors play in infant mortality. The goal is to detect the causes of previously unexplained deaths and use that to inform prevention and intervention strategies.

The study will also probe the ethical implications of returning results to bereaved families. 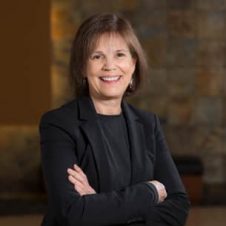 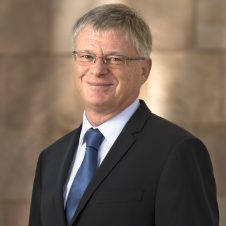 Throughout development and aging, human cells accumulate mutations resulting in genomic mosaicism and genetic diversity at the cellular level. Mosaic mutations present in the gonads can affect both the individual and the offspring and subsequent generations. Here, we explore patterns and temporal stability of clonal mosaic mutations in male gonads by sequencing ejaculated sperm. Through 300× whole-genome sequencing of blood and sperm from healthy men, we find each ejaculate carries on average 33.3 ± 12.1 (mean ± SD) clonal mosaic variants, nearly all of which are detected in serial sampling, with the majority absent from sampled somal tissues. Their temporal stability and mutational signature suggest origins during embryonic development from a largely immutable stem cell niche. Clonal mosaicism likely contributes a transmissible, predicted pathogenic exonic variant for 1 in 15 men, representing a life-long threat of transmission for these individuals and a significant burden on human population health.

Rapid whole-genome sequencing (rWGS) has shown that genetic diseases are a common cause of infant mortality in neonatal intensive care units. Dried blood spots collected for newborn screening allow investigation of causes of infant mortality that were not diagnosed during life. Here, we present a neonate who developed seizures and encephalopathy on the third day of life that was refractory to antiepileptic medications. The patient died on day of life 16 after progressive respiratory failure and sepsis. The parents had lost two prior children after similar presentations, neither of whom had a definitive diagnosis. Postmortem rWGS of a dried blood spot identified a pathogenic homozygous frameshift variant in the SUOX gene associated with isolated sulfite oxidase deficiency (c.1390_1391del, p.Leu464GlyfsTer10). This case highlights that early, accurate molecular diagnosis has the potential to influence prenatal counseling and guide management in rare, genetic disorders and has added importance in cases of a strong family history and risk factors such as consanguinity.