Identifying the cause of neurological disorders and early intervention are key to reducing the devastating brain damage that can occur.

Neurological disorders can be caused both by inherited and random gene variations. Often, the first sign of a disorder in a newborn is unexplained seizures.

RCIGM is involved in both foundational and translational research.

RCIGM investigations into inherited brain disorders focus on poorly understood conditions in neuronal development where the application of human genetics, wet-lab disease modeling and cell biology can be used to develop new treatments. 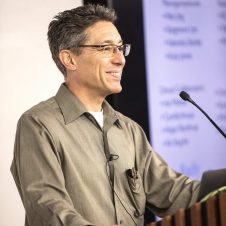 Joseph Gleeson, MD, is the RCIGM Director of Neurodevelopmental Genetics Endowed Chair. Among his current research projects is a genetic investigation of the genetic mechanisms underlying spina bifida, the most common structural defect of the central nervous system.

In 2020 Dr. Gleeson along with other researchers at UC San Diego School of Medicine, in collaboration with Rady Children’s Institute for Genomic Medicine, were awarded an $8.3 million grant from the National Institutes of Health’s Eunice Kennedy Shriver National Institute of Child Health and Human Development to further illuminate the causes of spina bifida.

Dr. Gleeson also heads the Neurogenetics Laboratory at UC San Diego and is the Director of the Center for Brain Development. He is the 2020 recipient of the Bernard Sachs Award from the Child Neurology Society. In 2017, he was the first recipient of the Constance Lieber Prize for Innovation in Developmental Neuroscience.

Genome sequencing in the clinic often allows patients to receive a molecular diagnosis. However, variants are most often evaluated for pathogenicity, neglecting potential treatability and thus often yielding limited clinical benefit. Antisense oligonucleotides (ASOs), among others, offer attractive programmable and relatively safe platforms for customized therapy based upon the causative genetic variant. The landscape of ASO-treatable variants is largely uncharted, with new developments emerging for loss-of-function, haploinsufficient, and gain-of-function effects. ASOs can access the transcriptome to target splice-gain variants, poison exons, untranslated/regulatory regions, and naturally occurring antisense transcripts. Here we assess public variant databases and find that approximately half of pathogenic variants have one or more viable avenues for ASO therapy. The future might see medical teams considering “treatability” when interpreting genomic sequencing results to fully realize benefits for patients.

PURPOSE: Brain monoamine vesicular transport disease is an infantile-onset movement disorder that mimics cerebral palsy. In 2013, the homozygous SLC18A2 variant, p.Pro387Leu, was first reported as a cause of this rare disorder, and dopamine agonists were efficient for treating affected individuals from a single large family. To date, only 6 variants have been reported. In this study, we evaluated genotype-phenotype correlations in individuals with biallelic SLC18A2 variants.

METHODS: A total of 42 affected individuals with homozygous SLC18A2 variant alleles were identified. We evaluated genotype-phenotype correlations and the missense variants in the affected individuals based on the structural modeling of rat VMAT2 encoded by Slc18a2, with cytoplasm- and lumen-facing conformations. A Caenorhabditis elegans model was created for functional studies.

RESULTS: A total of 19 homozygous SLC18A2 variants, including 3 recurrent variants, were identified using exome sequencing. The affected individuals typically showed global developmental delay, hypotonia, dystonia, oculogyric crisis, and autonomic nervous system involvement (temperature dysregulation/sweating, hypersalivation, and gastrointestinal dysmotility). Among the 58 affected individuals described to date, 16 (28%) died before the age of 13 years. Of the 17 patients with p.Pro237His, 9 died, whereas all 14 patients with p.Pro387Leu survived. Although a dopamine agonist mildly improved the disease symptoms in 18 of 21 patients (86%), some affected individuals with p.Ile43Phe and p.Pro387Leu showed milder phenotypes and presented prolonged survival even without treatment. The C. elegans model showed behavioral abnormalities.

CONCLUSION: These data expand the phenotypic and genotypic spectra of SLC18A2-related disorders.

Bi-allelic variants in Iron-Sulfur Cluster Scaffold (NFU1) have previously been associated with multiple mitochondrial dysfunctions syndrome 1 (MMDS1) characterized by early-onset rapidly fatal leukoencephalopathy. We report 19 affected individuals from 10 independent families with ultra-rare bi-allelic NFU1 missense variants associated with a spectrum of early-onset pure to complex hereditary spastic paraplegia (HSP) phenotype with a longer survival (16/19) on one end and neurodevelopmental delay with severe hypotonia (3/19) on the other. Reversible or irreversible neurological decompensation after a febrile illness was common in the cohort, and there were invariable white matter abnormalities on neuroimaging. The study suggests that MMDS1 and HSP could be the two ends of the NFU1-related phenotypic continuum.

Describing a previously unknown genetic condition that affects children, researchers at University of California San Diego School of Medicine and Rady Children’s Institute for Genomic Medicine say they also found a potential method to prevent the gene mutation by administering a drug during pregnancy. 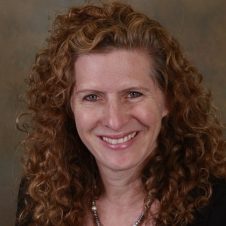 Dr. Jennifer Friedman is the Translational Medicine Director for the Precision Medicine Clinic at Rady Children’s Hospital, where she is also a senior staff neurologist. In addition, she serves as clinical professor in the UC San Diego Departments of Neurosciences and Pediatrics.

Dr. Friedman is a diplomate of the American Board of Psychiatry and Neurology. She is a member of the American Academy of Neurology, the Movement Disorder Society, the Tourette Syndrome Association, and the Phi Beta Kappa National Honor Society.

Missense and truncating variants in the X-chromosome-linked CLCN4 gene, resulting in reduced or complete loss-of-function (LOF) of the encoded chloride/proton exchanger ClC-4, were recently demonstrated to cause a neurocognitive phenotype in both males and females. Through international clinical matchmaking and interrogation of public variant databases we assembled a database of 90 rare CLCN4 missense variants in 90 families: 41 unique and 18 recurrent variants in 49 families. For 43 families, including 22 males and 33 females, we collated detailed clinical and segregation data. To confirm causality of variants and to obtain insight into disease mechanisms, we investigated the effect on electrophysiological properties of 59 of the variants in Xenopus oocytes using extended voltage and pH ranges. Detailed analyses revealed new pathophysiological mechanisms: 25% (15/59) of variants demonstrated LOF, characterized by a “shift” of the voltage-dependent activation to more positive voltages, and nine variants resulted in a toxic gain-of-function, associated with a disrupted gate allowing inward transport at negative voltages. Functional results were not always in line with in silico pathogenicity scores, highlighting the complexity of pathogenicity assessment for accurate genetic counselling. The complex neurocognitive and psychiatric manifestations of this condition, and hitherto under-recognized impacts on growth, gastrointestinal function, and motor control are discussed. Including published cases, we summarize features in 122 individuals from 67 families with CLCN4-related neurodevelopmental condition and suggest future research directions with the aim of improving the integrated care for individuals with this diagnosis.

Undernutrition is responsible for up to 45% of deaths in children under five, with low- and middle-income countries disproportionately affected. Adipokines are known modulators of metabolism and have been linked to growth rates and neurocognition during infancy. We examined the relationship(s) between cord blood adiponectin and leptin and both longitudinal growth and cognition during the first year of life using generalized estimating equations. Infants were classified as underweight (weight-for-age z-score [WAZ]), stunted (height-for-age z-score [HAZ]) or wasted (weight-for-height z-score [WHZ]) using WHOAnthro software. Cord blood adiponectin and leptin levels were highly correlated (r = 0.35, P < 0.0001) and positively associated with birth WAZ (r = 0.34 and r = 0.45, P < 0.0001, respectively). Adipokines were independently, inversely associated with weight gain. Infants in the highest quintile of adipokine production had a lower risk of being stunted, while neither was associated with lower WAZ or WHZ in final adjusted models. Cognition was not found to be independently related to cord blood leptin or adiponectin. The negative association with adipokines and rate of weight gain during infancy may reflect heightened nutritional status at birth rather than a direct hormonal influence. The relationship between leptin or adiponectin and longitudinal length gains suggests that both adipokines may promote linear growth during infancy.

Medulloblastoma (MB) is the most common malignant pediatric brain tumor. MB is classified into four primary molecular subgroups: wingless (WNT), sonic hedgehog (SHH), Group 3 (G3), and Group 4 (G4), and further genomic and proteomic subtypes have been reported. Subgroup heterogeneity and few actionable mutations have hindered the development of targeted therapies, especially for G3 MB, which has a particularly poor prognosis. To identify novel therapeutic targets for MB, we performed mass spectrometry-based deep expression proteomics and phosphoproteomics in 20 orthotopic patient-derived xenograft (PDX) models of MB comprising SHH, G3, and G4 subgroups. We found that the proteomic profiles of MB PDX tumors are closely aligned with those of primary human MB tumors illustrating the utility of PDX models. SHH PDXs were enriched for NFκB and p38 MAPK signaling, while G3 PDXs were characterized by MYC activity. Additionally, we found a significant association between actinomycin D sensitivity and increased abundance of MYC and MYC target genes. Our results highlight several candidate pathways that may serve as targets for new MB therapies. Mass spectrometry data are available via ProteomeXchange with identifier PXD035070.

In a study published in the October 2022 issue of BRAIN, researchers from Rady Children’s Institute for Genomic Medicine (RCIGM®) and the University of California San Diego School of Medicine describe their discovery of a new clinical syndrome, Neuro-Ocular DAGLA-related Syndrome (NODRS), in children with termination variants in the diacylglycerol lipase alpha (DAGLA) gene which encodes an enzyme in the brain that is involved in the signaling pathway of the endocannabinoid (eCB) system.

How Genomic Medicine Helped Save Rylee